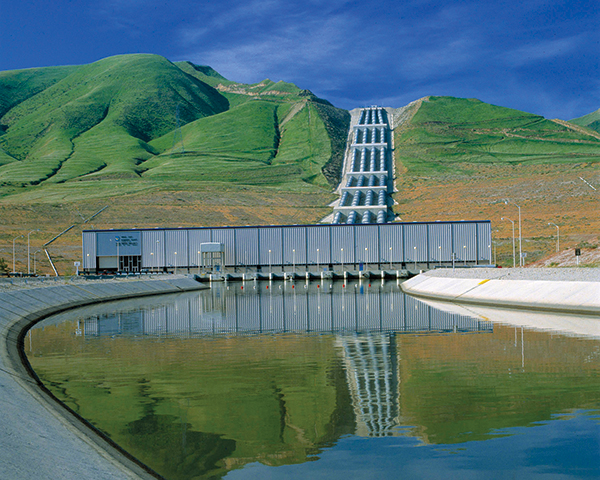 The State Water Project (SWP) is the nation’s largest state-built water and power development conveyance system. The primary purpose of the SWP is to provide a water supply and delivery system to distribute water across California. The SWP consists of 34 reservoirs and lakes, 701 miles of aqueducts, 5 power plants, and 24 pumping plants. The SWP delivers water to 29 urban and agricultural water suppliers in California, providing water to over 25 million California residents and 750,000 acres of irrigated farmland, directly supporting two-thirds of California’s $2.8 trillion economy.

On March 29, 1963, CVWD entered into a water supply contract with the State of California Department of Water Resources (DWR), becoming one of the SWP’s original State Water Contractors. Each contractor’s maximum annual allocation is defined in their individual water supply contract. Actual availability of SWP water varies each year based on precipitation and snowpack runoff in Northern California, where the SWP reservoirs are located. A wet or dry hydrologic year can increase or decrease the SWP allocation available in a given year. The long-term average SWP allocation is about 60% of each contractor’s maximum contracted allocation.

The SWP terminates in Southern California at Lake Perris in Riverside County. The Coachella Valley lacks a physical connection to SWP facilities through the surrounding mountains. A connector tunnel has been planned since the inception of the SWP, but has remained cost prohibitive. Instead of a physical connection to receive water directly from the SWP, CVWD and Desert Water Agency (DWA) trade an equivalent amount of SWP water, “drop for drop”, with Metropolitan Water District of Southern California (MWD) for an equal amount of MWD’s Colorado River water allocation. MWD delivers this “Exchange Water” via the MWD owned and operated Colorado River Aqueduct to the turnout on the Whitewater River located north of Interstate 10 in the western Coachella Valley. The Exchange Water is then delivered to both the Mission Creek Groundwater Replenishment Facility and the Whitewater Groundwater Replenishment Facility for direct groundwater recharge, helping to eliminate groundwater overdraft in the Coachella Valley Groundwater Basin.

The Sacramento-San Joaquin Delta is a critical link in the state’s water supply system, and home to one of California’s most important ecosystems. Currently, SWP water is transported through 100-year-old, fragile levees that are vulnerable to collapse in the event of a major earthquake. In such an event, saltwater from the ocean could contaminate freshwater in the Delta, and a critical source of water could be unavailable for 2-out-of-3 Californians.

CVWD is a partner with DWR and the other State Water Contractors, in cooperation with federal and state agencies, to complete a proposed Delta Conveyance Project. This project is part of the Governor’s direction to state agencies to develop a comprehensive statewide strategy to build a climate-resilient water system. The project will modernize the SWP delivery infrastructure by constructing a water conveyance tunnel through the Sacramento-San Joaquin Delta. The project is needed to protect water supplies from sea-level rise and saltwater intrusion into the Delta, and to better protect the Delta and SWP facilities from earthquake risks. The project will be designed to protect water supply reliability while limiting impact on local Delta communities and fish species.